Using A CBD Distillate To Counteract The Intensity Of THC

What do these three things have in common? They all have the ability to provoke intense sensations that can push your consciousness to heightened levels of awareness.

But what happens when you put the pedal to the metal a little too much and the ride becomes nightmarish? The odds tell us that, stretched out over time, every active cannabis consumer, whether recreational or medicinal, is bound to pull down the alley of a scary high that feels like a dead-end at midnight on the wrong side of the tracks.

While it is, of course, just a perception issue — no one has ever overdosed on marijuana — the sensation can feel interminable and horrifying.

Well, there may be a remedy that counteracts those feelings of dread brought on by ingesting too much THC (tetrahydrocannabinol), existing in the form of a non-psychoactive CBD (cannabidiol) distillate.

CBD and the psychoactive component THC — the main active compounds found in cannabis — are known to coexist and enhance each other’s desirable, medicinal effects in a state referred to as the entourage effect.

The nonprofit organization Project CBD, a group dedicated to promoting and publicizing research into the medical uses of CBD, says that research has shown that “CBD confers antipsychotic, anxiolytic (anxiety-reducing), and antidepressant effects,” and describes the compound as a “profound mood-altering substance, even if it doesn’t deliver much by way of euphoria.” 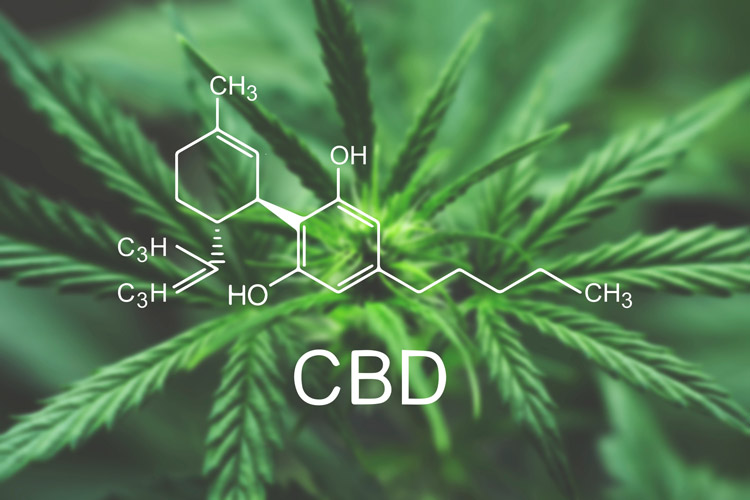 Unlike THC, CBD has no psychoactive effect, yet can be calming and good for the nervous system.

That absence of psychoactivity in CBD appears to create a beneficial balancing act — the yin to THC’s yang.

As these complex effects gain greater understanding in today’s largely pro-cannabis America, a growing number of consumers are reporting that CBD in larger doses can indeed help to counter the ill effects of THC overload.

Project CBD goes on to compare the chemical to a “dimmer switch,” describing how it can reduce excess signals and activity in the brain. Decrease the signal and decrease the fear.

As pro-cannabis mindsets continue to sweep the nation, with a solid majority in favor of the plant’s legalization, it can only mean a greater illumination of cannabis as a healing modality — and as a much-needed regulator of mind and body processes.