When it comes to stoner culture, it’s difficult to find anything more iconic than the bong. For those who enjoy the intense hit, spending a little extra money on a dope piece that’s aesthetically pleasing is well worth the investment. And while it’s not uncommon for proud stoners to fork out a few hundred dollars for a really nice glass piece, some are taking “high-end” #bongs to a whole new level. Let’s take a look at the ridiculously expensive world of bourgeois bongs, ranging from “sell your car” to “sell your soul.”

Mothership’s range of glass bongs exemplify elegance and class, and its flagship Exosphere model is no exception. Sleek and minimalist, it’s the perfect blend of form, function and quality. If Apple made a bong, it would probably look something like this. Retailing at a mere $5,450, our first and least expensive model on this list is a true beauty.

Head to Mothership Glass for more information and to peruse the full range of sleek, artsy bongs on offer.

Looking for something a little more high-tech? Killadelph’s sci-fi-esque #smoking device has you covered. With a spectacularly intricate triple-coil design and loads of stylish extras including Collin’s pyramid perc and matching showerhead ash catcher, it looks like something that could fly itself to another galaxy far, far away. For $6,800, you get an impressive-looking bong that’s still cheaper than an actual spaceship.

Visit Coughing Cardinal for more information on this intergalactic classic.

Named after the sword of King Arthur and commissioned by B-Real of Cypress Hill, Roor’s Excalibur is a marvel of German engineering. This four-piece collapsible bong is over six feet tall when fully built and comes with its own flight case. Although, the $15,000 price tag means you’ll probably have to be a celebrity, too, just to be able to afford one of these bad boys.

Roor has plenty of other impressive bongs on offer. Head to the website for more eye candy that you’ll likely be able to afford. 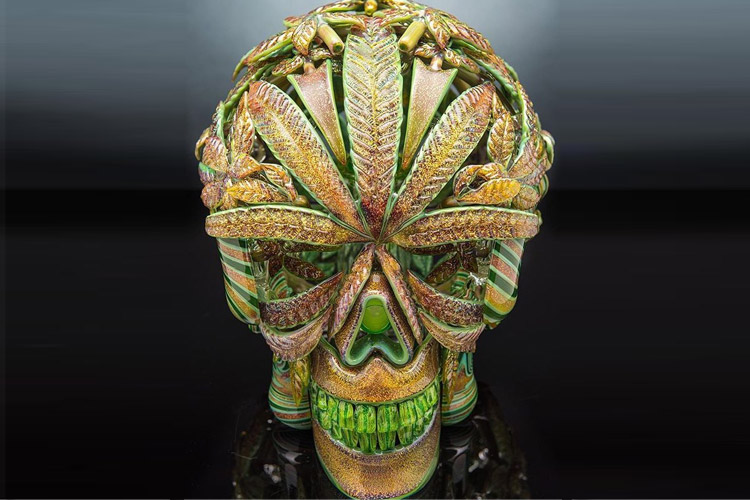 If you’re lucky enough to have $100,000 going spare, then look no further than this exquisitely detailed, gold-encrusted glass skull by the da Vinci of smokin’ glassware, Scott Deppe. Opulent in the extreme and catering to those with seriously expensive taste, the Skull is basically the stoner version of a Fabergé Egg.

Without further ado, here it is, the world’s most lavishly expensive bong, called The Throne. Well, naturally. It’s a collaborative effort that stands two feet tall and surely represents the pinnacle artistry in bong making today. Considered to be one of the most legendary and breathtaking functional glass pieces on the planet, and it would have to be, with an eye-watering price tag of $1,000,000! Yes, you counted those zeros correctly — The Throne is indeed a bong fit for Dr. Evil himself.

Truly smokable art, and if you’re tempted, The Throne sits in the Illuzion Glass Gallery in Denver, Colorado. I doubt the staff there will let you test drive it, though. 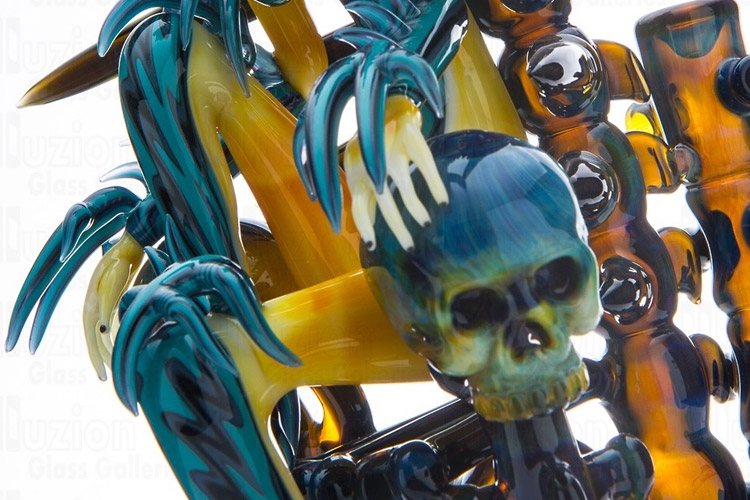